This is some text inside of a div block.

This July, join a small group micro-class online for "Next Level Happiness: THE POWER OF A POSITIVE NO". Click here

This July, join a small group micro-class on "Next Level Happiness: THE POWER OF A POSITIVE NO". Details click here 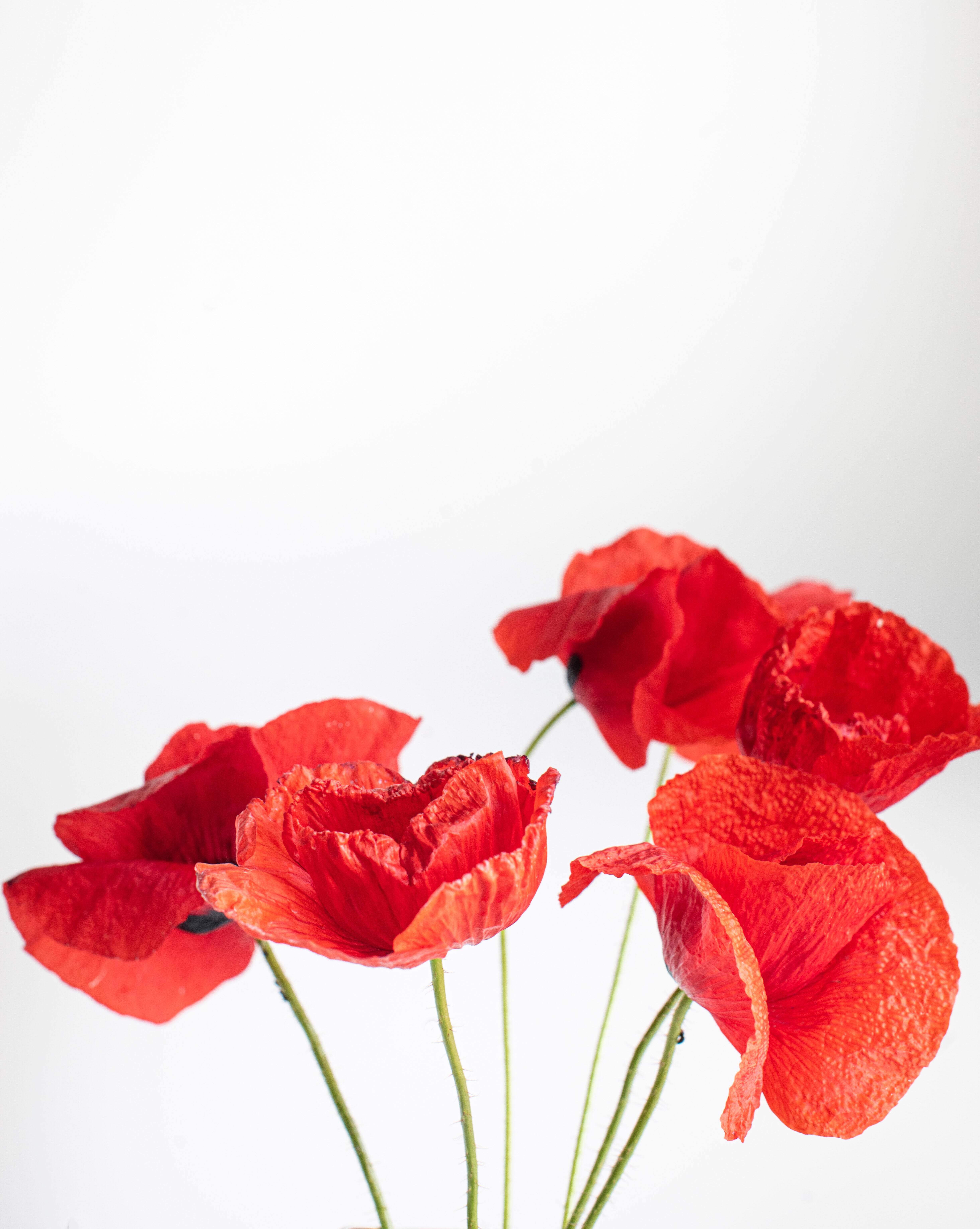 I. SILENCE OUT LOUD

Sometimes the most insightful person in the room, or on the call, isn’t speaking. ‍

In his review last week, my client Alex. a UX/UI Team Manager, was commended for his “strategic perspective, incredible instincts, project planning and willingness to challenge the status quo.” He was also told an area of opportunity was to "establish your voice.”

What metaphor describes your communicative life?

A decade ago, in my practice as a Communication Coach, people sought to present like Steve Jobs. These days, clients express more of a desire for an inner rightness - for "authentic voice", "mindfulness" or “personal brand" story. Music to my ears. The beauty of developing inner yardsticks for value creation, is how it organically spills over into revealing the communicator you truly are.

Once I took a watercolor class at a Zen monastery by the Pacific. Green Gulch Farms also sells fresh organic produce to Green's, a San Francisco restaurant with yummy vegetarian cuisine. That day, we students arranged ourselves around the fragrant, well-tended gardens. Orange poppies caught my eye, so I set up my brushes, paints and watercolor paper on the grass in front of them.

“Tall Poppy” is slang for someone willing to risk standing out. Yet, the phrase is typically used to cut people down to size, as in:

Who do you think you are?

You're too big for your britches!

These phrases are engineered to keep those desiring to differentiate from unproductive predictability in check. It seems to me, though, we are on this planet to become such poppies. It is what I encourage and teach: developing and channeling your particular creative language productively.

My work is about orchestrating your voice, directing your strengths, and catalyzing the bravery required to shine, and shed, light. Such singularity may be considered subversive, yet it is essential for the work Tall Poppies will do in the world. They will need to stand their ground in the face of push-back, with the grit to stay the course in complex, competitive, ever-changing business environments.

When my nephew Eli was six, each time he began a convo, he'd start snapping his fingers too, pretty much continuing throughout. It seemed like a plausible way to stay in his own rhythm, lane, timing - as he entered into a chat. I am a fan of One Direction’s hit “The Story of My Life” - the refrain always gets me! I too believe the story of your life is the degree and manner in which you direct your creative drive.

When sharing this with a client, it's Harry Styles singing in the background, rallying us to travel our path, to finding your own beat, cadence and tempo.

III. STEPPING UP, STEPPING BACK

The design decision winning any debate may not be the best one.

More often it is the result of someone’s competence at control of "center court".

My client Alex self-describes as an introvert, saying "The expectation in a Zoom call is that we all speak. There's a "Wild West" behavior where you have to be quick on the draw! We’ve developed a “first to speak wins the day” mentality. Yet I like to listen and observe”.

An understated communication style is not an indicator of lacking passion or drive. Coaching experienced and emergent communicators (and having this style myself), is evidence of the opposite. It can show up as a positive vulnerability velcro-ed to authenticity as a leader: highly desirable qualities.

Kai, another example, was in a Zoom call where the host's dominant communication style prevented others from joining in. Was it done by design or default? These days, positive change makers have outgrown over talking as a measure of someone's confidence. Too often, it can be a way to assert controlling dynamics or conserve the status quo. Over talking also demonstrates how unexamined communication habits can run ahead of us and, mutely, we follow with heads down.

That said, just as often, scratch the surface of non-stop talkers and you often find a thwarted desire to modulate such worn-out speaking habits more effectively.

How agile are you ‍stepping up or back?

In woodblock printing, the wood is carved away until your desired image is raised up. It is like allowing your difference as a Tall Poppy to be made visible. Your imprint  becomes increasingly recognizable, through mastering your own special mix of personhood on wood. Yet, for Alex, given his more quiet style, his concern was about “legibility” within his professional community.

How would he “establish voice", when the need to be in the limelight 24/7 doesn't dominate his creative process?

Recognizing Alex's need to collect data points before sharing insights, entailed phases of him regularly and intentionally stepping back from team interactions. Given his manager’s on-point prompt, along with his usual tendency to keep things buttoned up, we designed ways for Alex to play to this very real strength of context reading at the outset of group work. In addressing what he required, Alex mastered his legibility whether via Zoom, casual coffee, in person at the office or in his own backyard!

One pivotal step was messaging to his crew at the start of any collaboration, that he would need digestion time in order to design his most useful strategy.  Vocalizing the specifics of what he needed wasn't the usual practice in his organization and in clearly sharing with his peers exactly how he could bring the magic of his strengths to work with them, Alex claimed his "Tall Poppy-ness." By designing artistic relief into his professional process, Alex 's light became more "legible" to others.

In team dynamics, subjectivity is often mentioned in the context of objectivity. Yet, I am drawn to an alternate look at subjectivity, all on its own. In group work, on screen or in-person, I am curious about who is talking and who isn't speaking at all.

In coaching, hearing stories of talented people navigating broken communication systems is thematic. Recently, I was hired to work with a four person UX team to unknot a stormy conflict holding them back. Right away I saw the cloud of resentment between two folks in the room, and it turned out indeed, only these two team members were actually butting heads. The other two participants hardly spoke but I clearly sensed their unspoken trepidation. Given the tension, this silence had become their default habit.

Yet, if we take a moment to let silence register, when others participation is minimal, we find their presence itself is directly speaking to us. What remains unspoken still resonates -reflecting either a choice, an inability or a constraint external to us.

Whether acknowledged or not, whether 2 people or 20, when the context itself prevents participation, the communication eco-system logjams. Worse yet, people get used to this disfunction as the way teams always work!

As an internal thinker, I like taking my thinking process outside of myself, to air out my thoughts.

However bright they are, with paper thin flower faces and wiry stems, Tall Poppies are vulnerable.

Alex's hesitation about speaking up was real -he said he felt it in his gut. As a creative, he knew instinctively it would be a challenge to speak more personally. Stepping outside usual team habits, by asking for what he needed to do his best, could cost Alex. Would people ask him, or more likely, quietly ask themselves, "Who does he think he is?"

Yet, he knew remaining silent was dispiriting, frustrating and held him back.  Alex had to take a chance, a deep breath, and grow taller to get a fairer share of the light. Coaching professional strategists and creatives, I emphasize the difference between the nature of our asks. There is a difference between making requests on your project's behalf and making one on your own behalf. As a Coach I've seen how, for ideators, researchers or cerebral types immersed in analytic endeavors, asking for what they personally need is not second nature.

This was so for Alex. While he could be a commanding advocate for the projects he led, when it came to himself he was more-than-likely to back off.  After discovering this was something he needed to push back against in himself, Alex's courage kicked in! He became hungry to test the safety of the team's cultural soil.

And making this ask turned out to be welcomed by everyone. Alex took the guesswork out of collaborating with him. By doing the work to create feasible boundaries, Alex's own relief and artistic intent was palpable to the team. They loved finding out what made this talented person, usually prone to remain in the background, tick. How nice is that?

At your desk, drawing board or dinner table, who hardly speaks?

How could you create a space of equanimity to invite them forward?

How can one respectfully saying "I like doing/see things differently" build rapport and results?

Thank you! Your message has been received!
Oops! Something went wrong while submitting the form.